We would do more of these if we had time, but they have great cooking demonstrations during the Food and Wind Festival (this one is the 20th anniversary event).  This one was by Jason Stricker who is the executive chef of the Production Bakery at Epcot, and he demonstrated Vanilla Bean Donuts with White Coffee Anglaise paired with Martini and Rossi Asti Spumante.  I have the recipe if you want it.  It’s always fun to listen to these guys because they have lots of anecdotes and know their stuff where cooking is involved.  I learned a lot about vanilla sugar, which is actually kind of interesting.  And of course you get to eat the stuff too, which is important to some people, but not me. 🙂 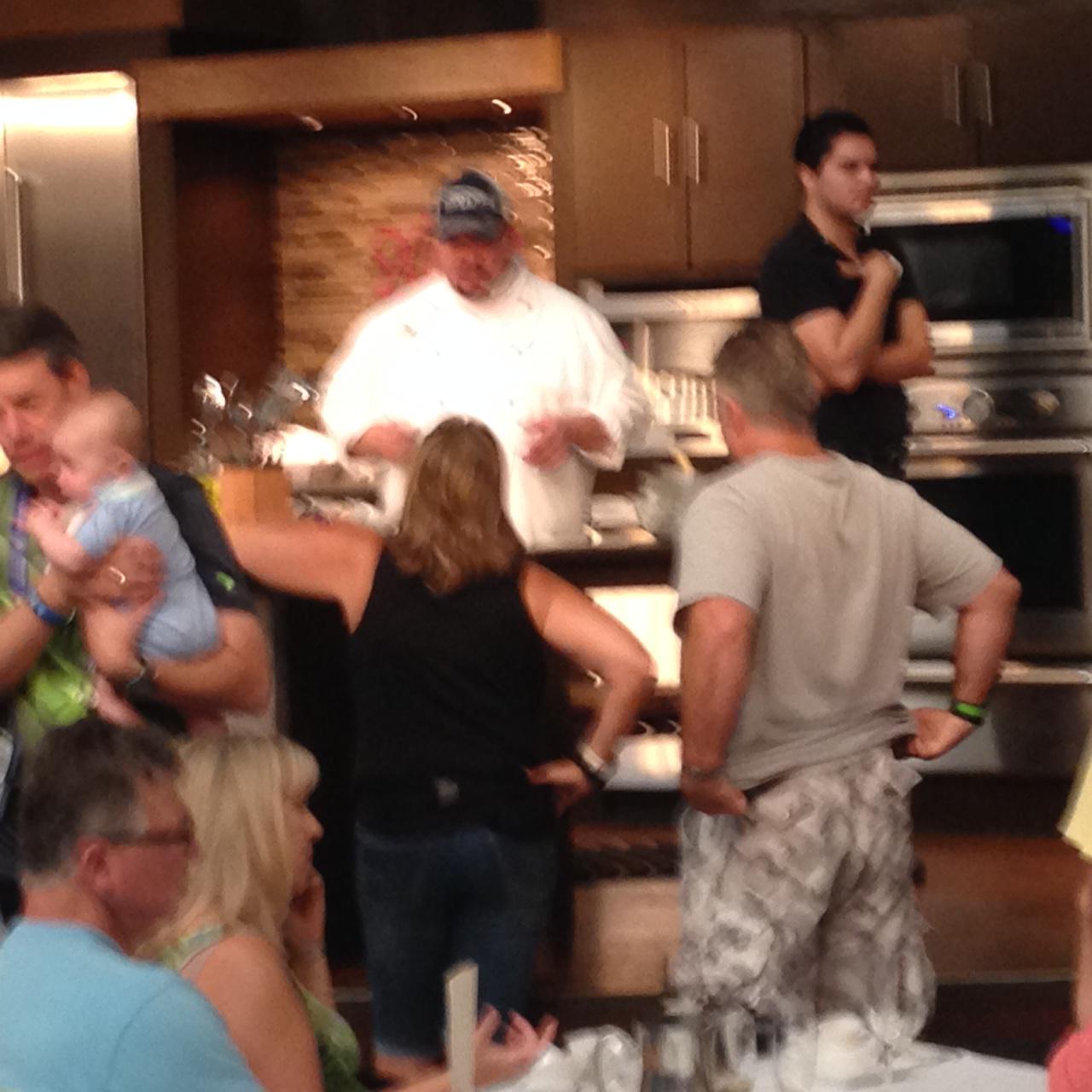 Callie being a professional cake baker had lots of technical questions for him, that put me to sleep, but I think they both enjoyed it. 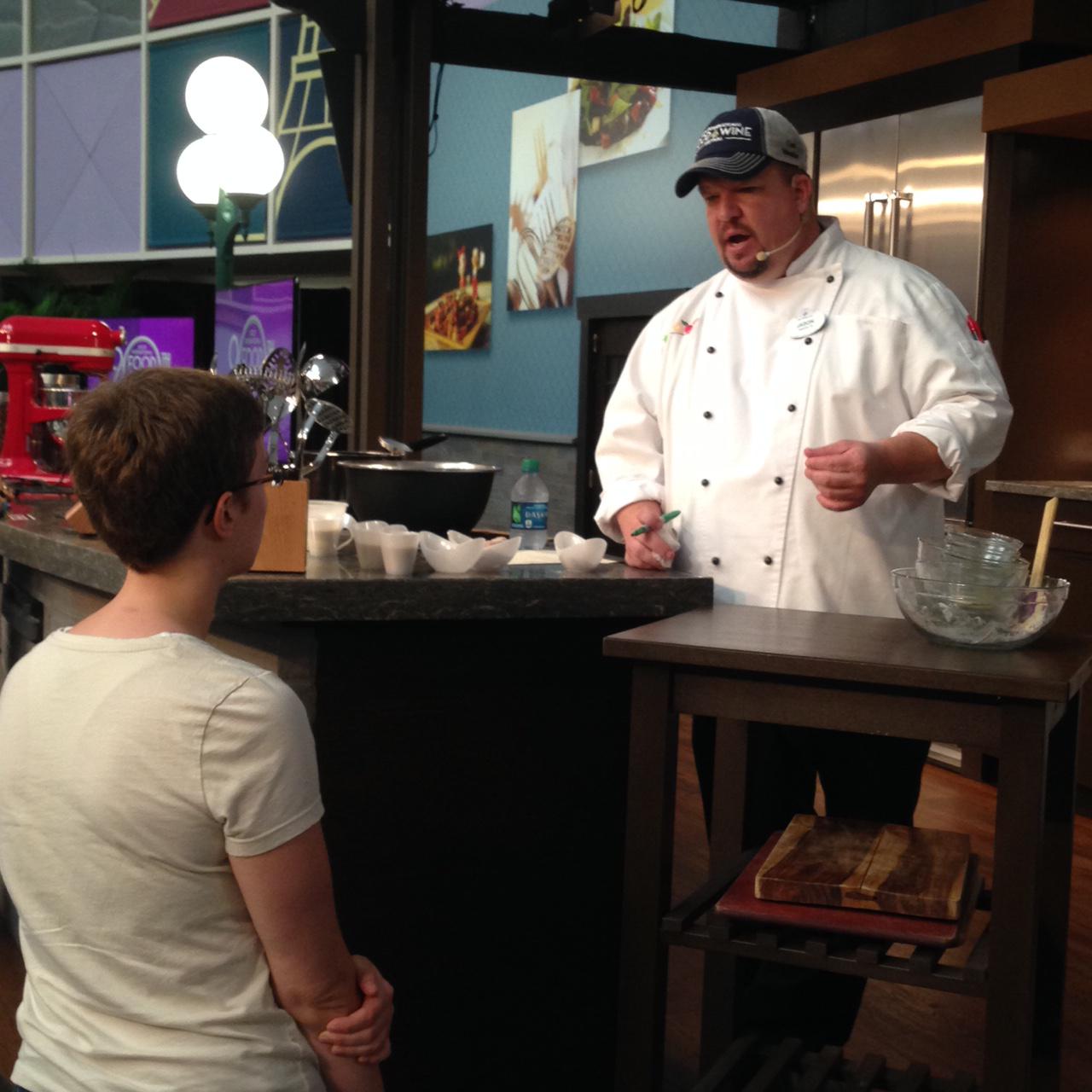 Oh, and here’s a picture of the donuts.  Had to take it fast because they didn’t last long.  Really more of a donut hole than a donut, but they were liberally covered in hand-made vanilla sugar and the white coffee anglaise was just about lethally rich and tasty! 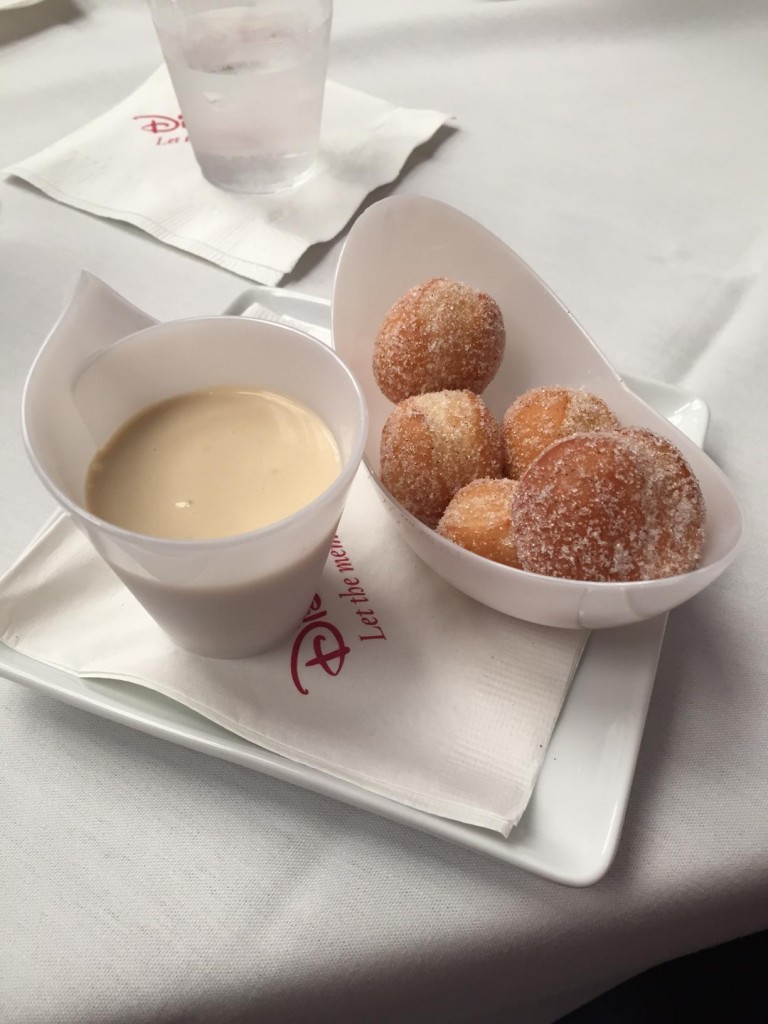