We ate at the Hollywood Brown Derby restaurant as part of our Fantasmic Dinner Pkg.  It was pretty good.  It’s not my favorite place at WDW, but the food was good, the service was great, and the place itself is very reminiscent of old Hollywood, which is cool. 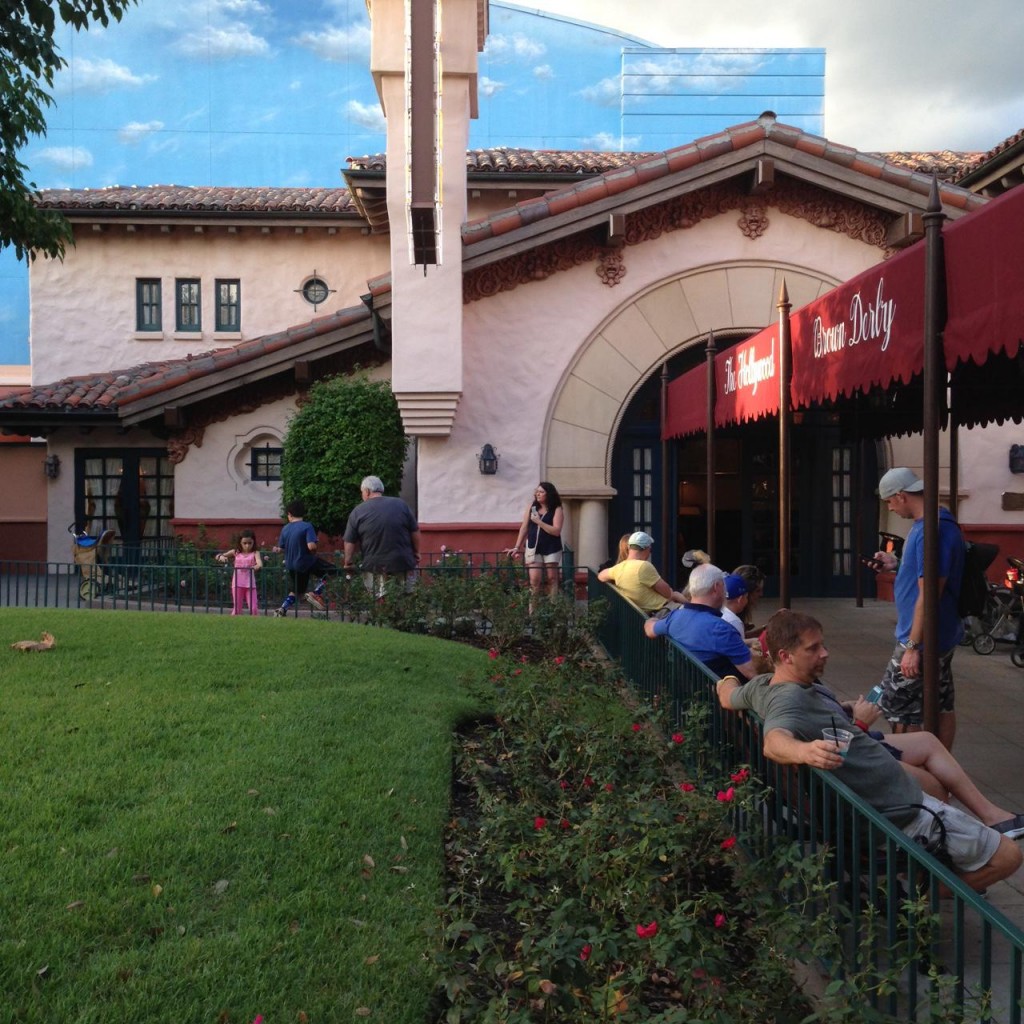 Paula appears to have made a decisive dinner choice, while Nancy continues to study the many delicious items on the menu. 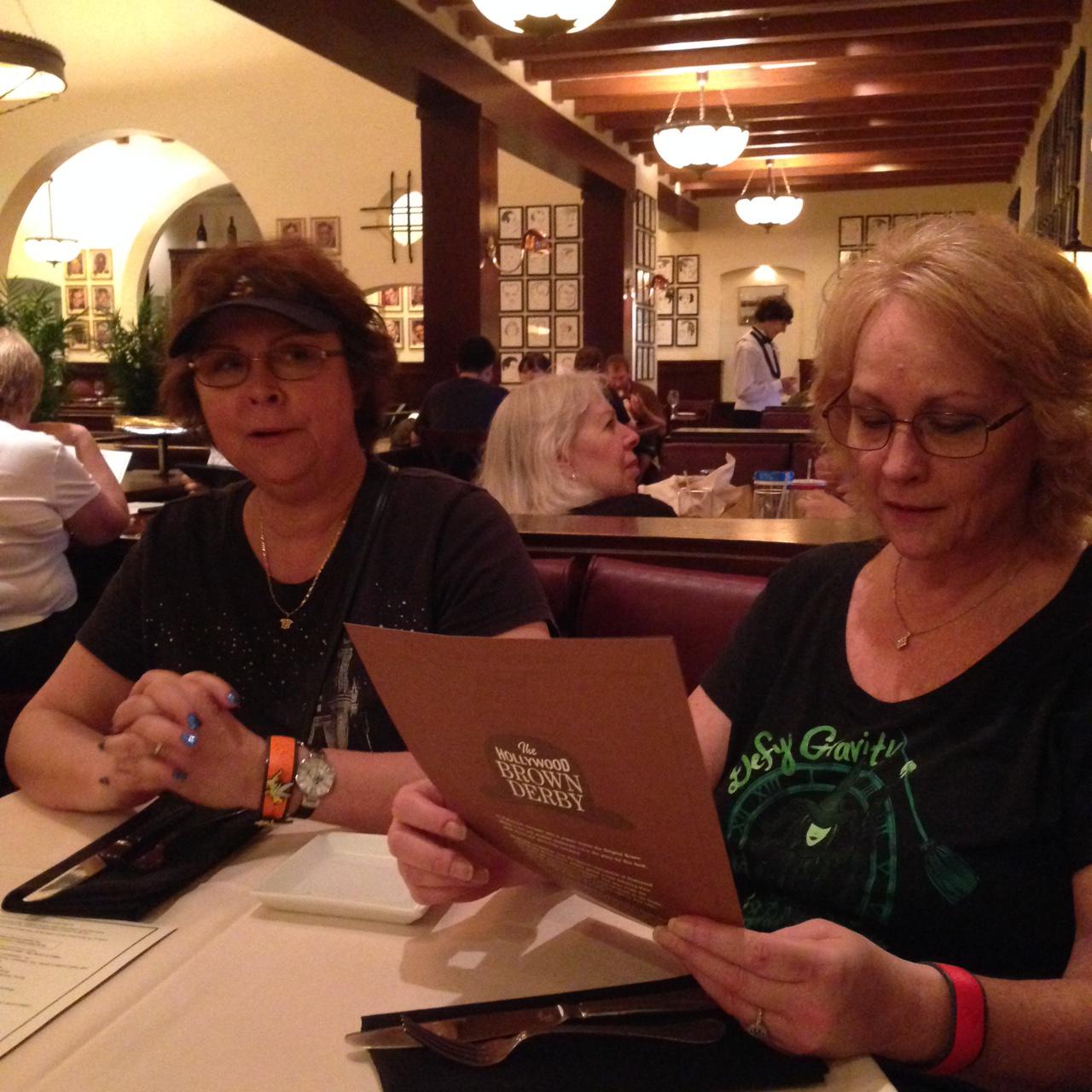 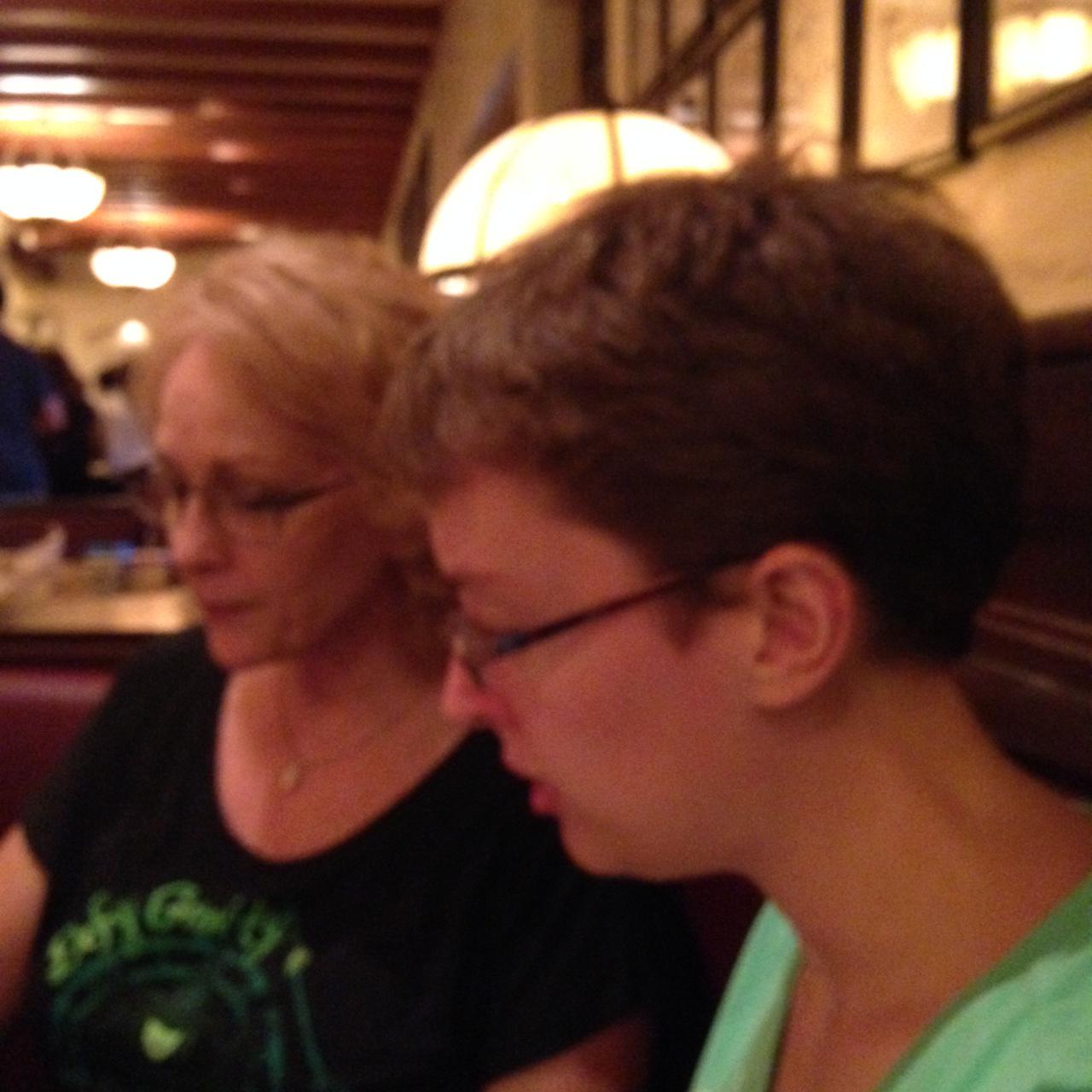 Here’s their crab cake appetizer, which was better than most crab cakes I’ve had back home, but not the best I’ve ever had.  I think Boston might have that distinction. 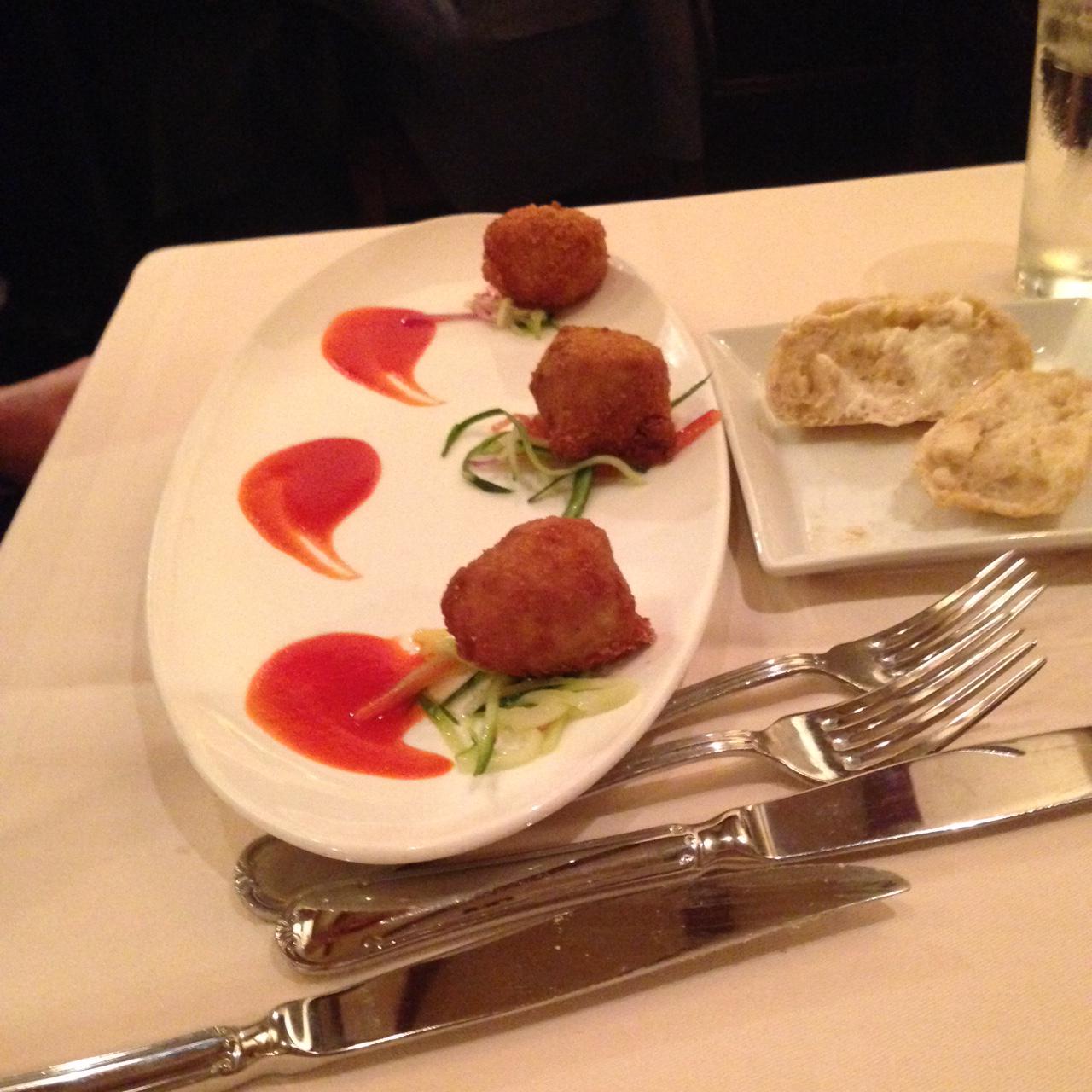 This was a lobster bisque appetizer, which looked good.  I didn’t get to taste it, but it looked even better in person than in this fuzzy photo. 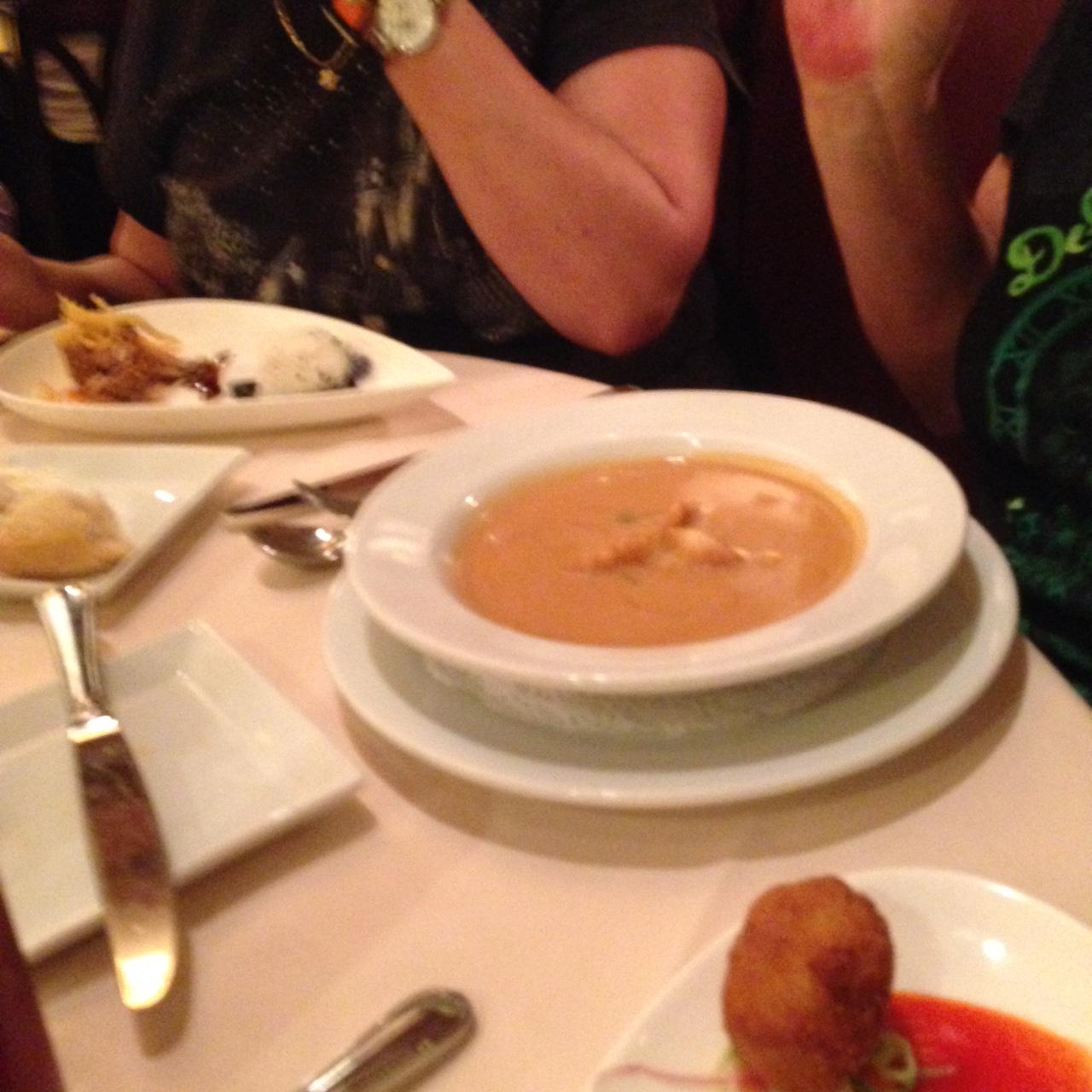 The entrance to the Hollywood Brown Derby.  One of several table service restaurants at Disney’s Hollywood Studios, as I’ve said, it wouldn’t be my first choice in this park for table service, but it’s certainly good.  I think I would prefer the 50’s Prime Time Cafe or the Sci-Fi Dine-In Theater Restaurant.  We’ve liked Mama Melrose’s too, though some report mixed results there. 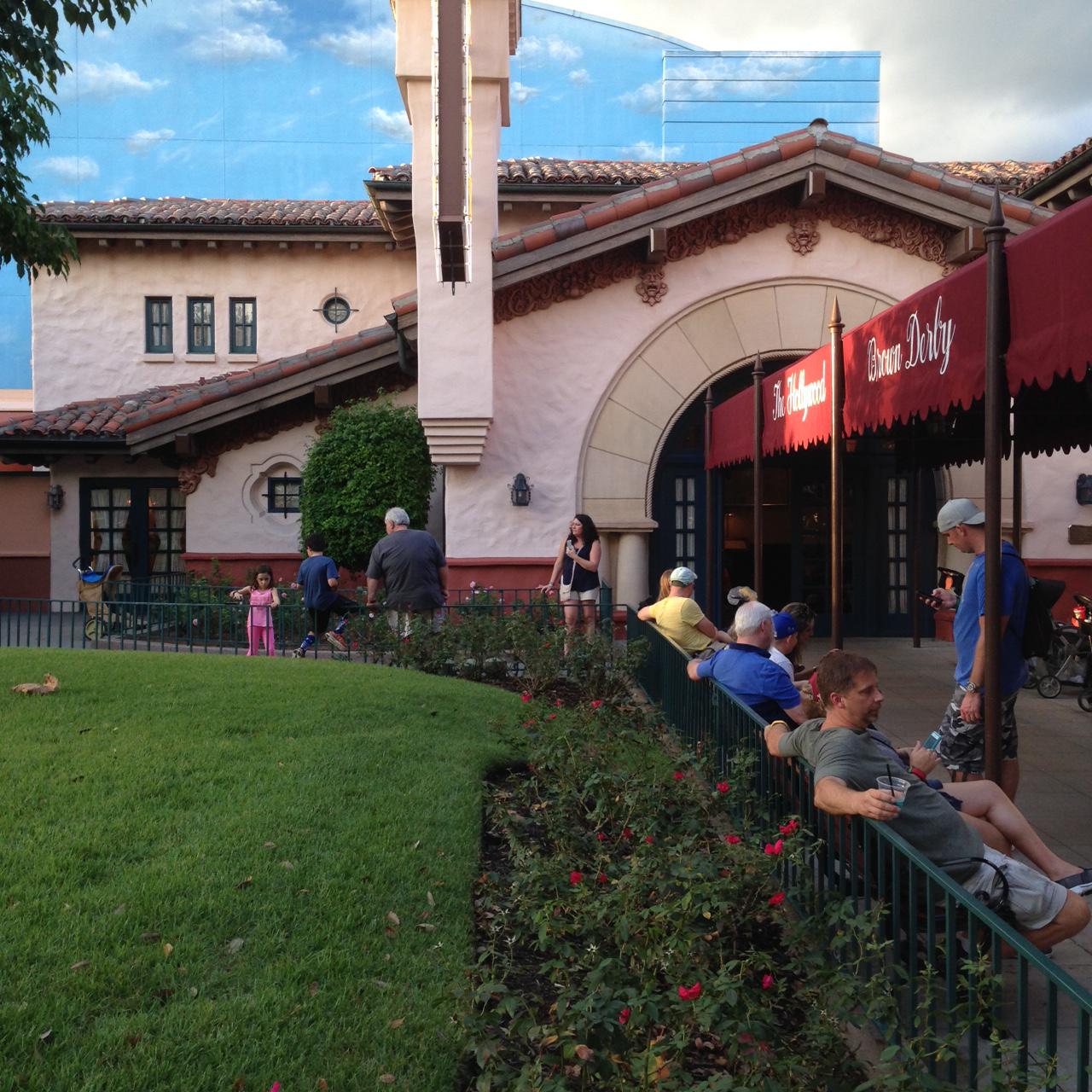