On our first night in NYC, we were pretty tired but decided to leave our luxurious digs at the Roosevelt, 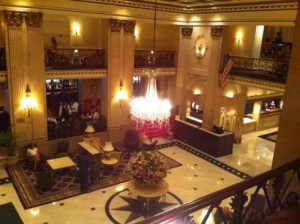 to go out for a particular variety of Japanese food that’s not available in Kansas City, Shabu Shabu, which might mean ‘swish swish’ in Japanese. The problem here in the Big Apple is picking from the large number of Shabu Shabu joints, not finding one. So after reading web reviews we picked a small neighborhood restaurant called Shabu Shabu 70. They are at 314 E 70th in upper east Manhattan. 212-861-5635.

A very nice place, with pleasant staff, good sashimi appetizers, and great Shabu Shabu. Callie has eaten this in Japan, and says that they have both unusual and traditional Japanese food. We both really enjoyed it and would return. 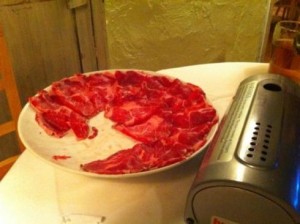 And here is Callie cooking this stuff at the table like the pro she is! 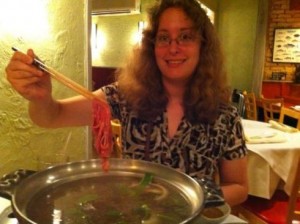 So it was great fun, great food, and we walked two miles back to the hotel and got to see great scenes like this, looking down 3rd Ave. What fun. 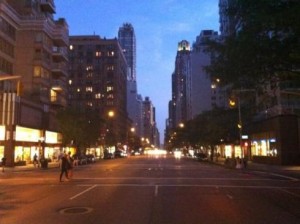