8 million people from all over the world on a 26 mile island, and cool stuff like this pops up. We were walking near Rockefeller Center and found a traditional Japanese bakery. Lots of beautiful baked goods and sweets known mostly in Japan. Callie likes Japan, and spent some time traveling through Japan, so she is particularly interested in Japanese cuisine. 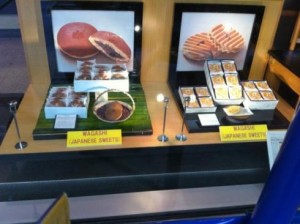 She bought a white grape ‘ sherbet’ , which is really kind of a gel that you can serve cool or freeze into an ice. It was good, and refreshing on a hot day. She also bought a fresh cherry in the midst of a sweet gel, that she said was tasty. Here are a couple of shots in the window. 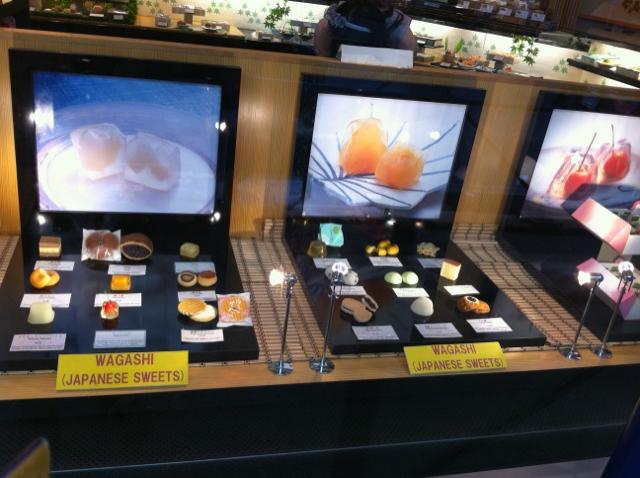