I have to admit to being quite excited over this bit of news!  One of my all-time favorite movies is Mary Poppins, for a number of reasons, not the least of which have to do with the fantastic Sherman Brothers score, the breathtaking (for the day) special effects partially by Peter Ellenshaw, and a story that is entertaining, funny, and touching.  A part of the story of this movie is at least as interesting as the movie itself, which is how the creator of Mary Poppins, P.L. (Pamela) Travers almost stopped the movie from being made, and how to this day her very negative views of Walt Disney and his movie studio shape the way Mary Poppins is performed on Broadway and in touring companies today.  So that story will finally be told, and in the process, The Walt Disney Company will portray Walt Disney on film for the firs time!  Played by Tom Hanks.  Good choice, I think.  Anyway, I’m terrifically excited about the movie, and here is some interesting information from Orlando Attractions web site… 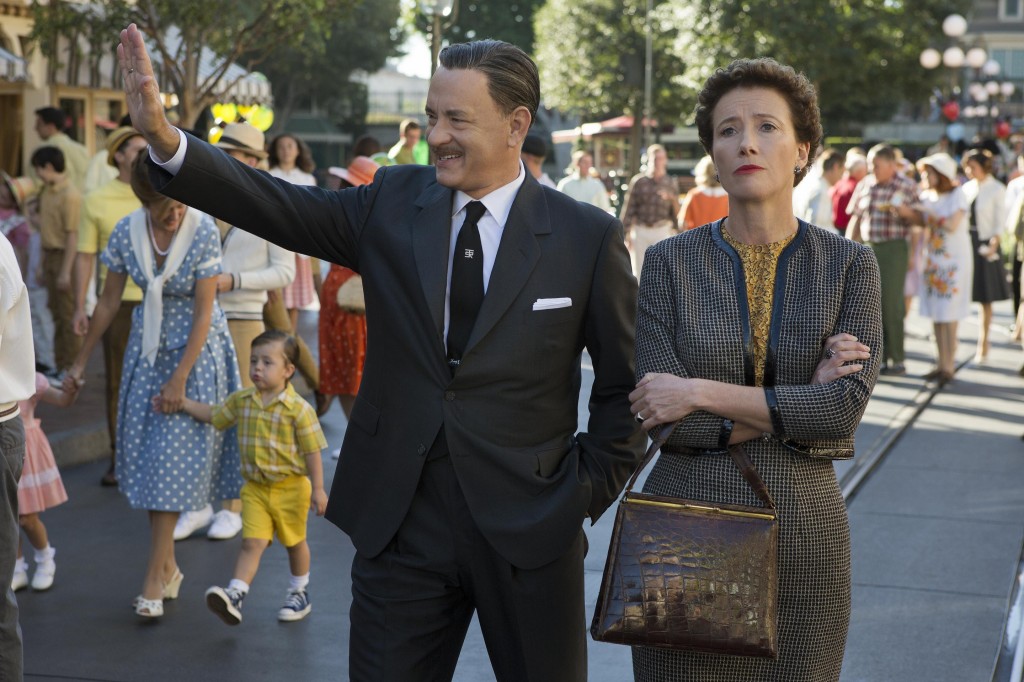 Marking the first film to depict Walt Disney, the trailer for “Saving Mr. Banks” has been released, inspired by the untold story of how Disney’s classic “Mary Poppins” made it to the screen.

Inspired by true events, the extraordinary, untold story of how the classic “Mary Poppins” made it to the screen – and the testy relationship that the legendary Walt Disney had with author P.L. Travers that almost derailed it.

When Walt Disney’s daughters begged him to make a movie of their favorite book, P.L. Travers’ “Mary Poppins,” he made them a promise—one that he didn’t realize would take 20 years to keep. In his quest to obtain the rights, Walt comes up against a curmudgeonly, uncompromising writer who has absolutely no intention of letting her beloved magical nanny get mauled by the Hollywood machine. But, as the books stop selling and money grows short, Travers reluctantly agrees to go to Los Angeles to hear Disney’s plans for the adaptation.

For those two short weeks in 1961, Walt Disney pulls out all the stops. Armed with imaginative storyboards and chirpy songs from the talented Sherman brothers, Walt launches an all-out onslaught on P.L. Travers, but the prickly author doesn’t budge. He soon begins to watch helplessly as Travers becomes increasingly immovable and the rights begin to move further away from his grasp.

It is only when he reaches into his own childhood that Walt discovers the truth about the ghosts that haunt her, and together they set Mary Poppins free to ultimately make one of the most endearing films in cinematic history.