When we were here last December, we tried to get into the Frozen Sing-Along, which sounded like fun.  Clearly it was because the crowd in front looked like Times Square on New Years Eve.  So we didn’t get in.  But this time we got a Fast Pass and got in for real, and it is pretty fun.  Of course most parents are probably sick of Frozen, but this fast-paced and fun re-telling of the story through live performances mixed with movie clips was worth the time, and I think most of the packed theater enjoyed it.  I managed to snag a few shots, here’s Anna (in case you didn’t know) 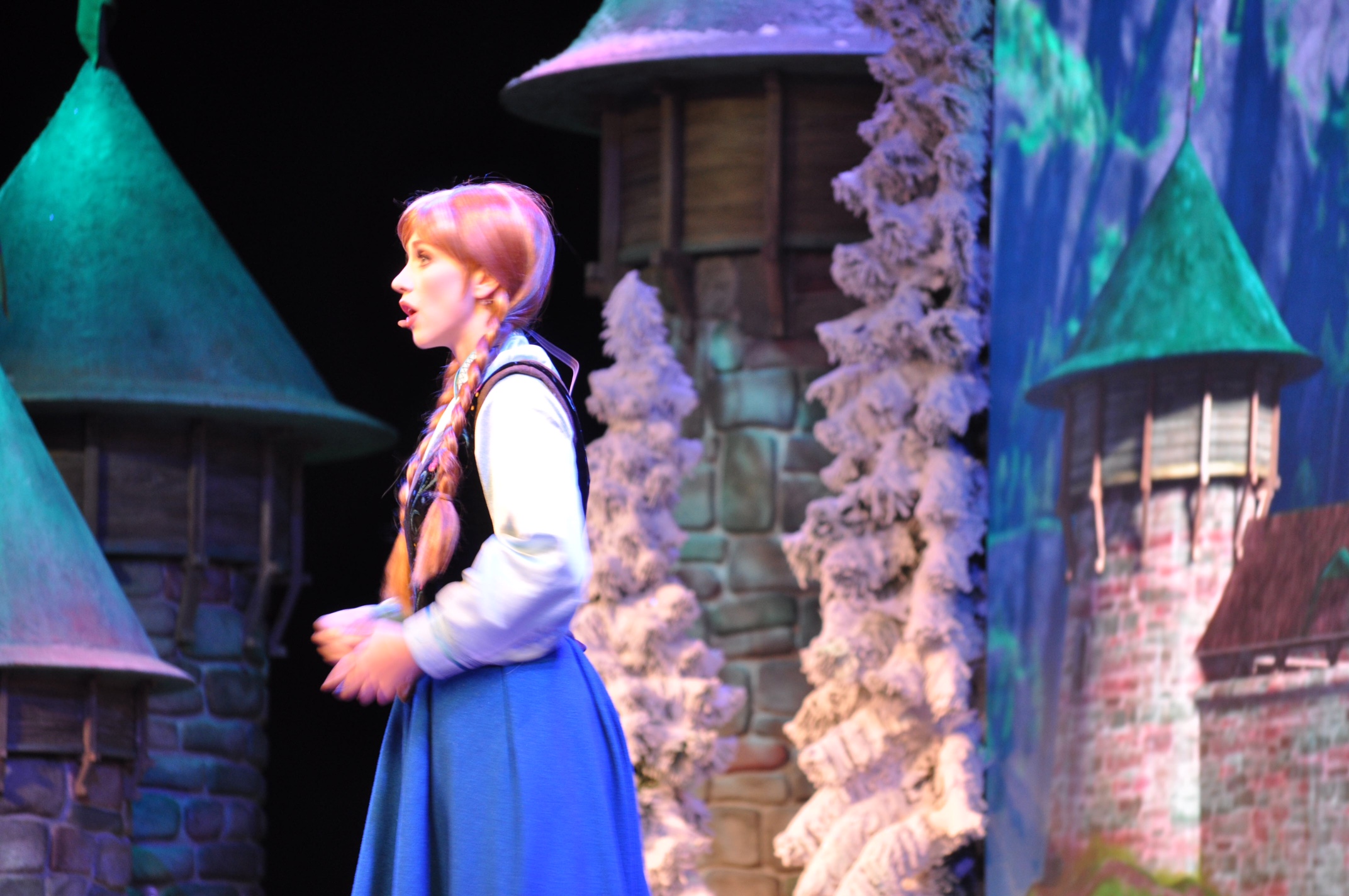 Here are two very entertaining actors who carried most of the show through narration, and they were funny and skilled, leaving us with the impression that they did a great deal of ad-libbing, but I’ve heard that everyone thinks that, so it might be that they’re just good at it–acting! 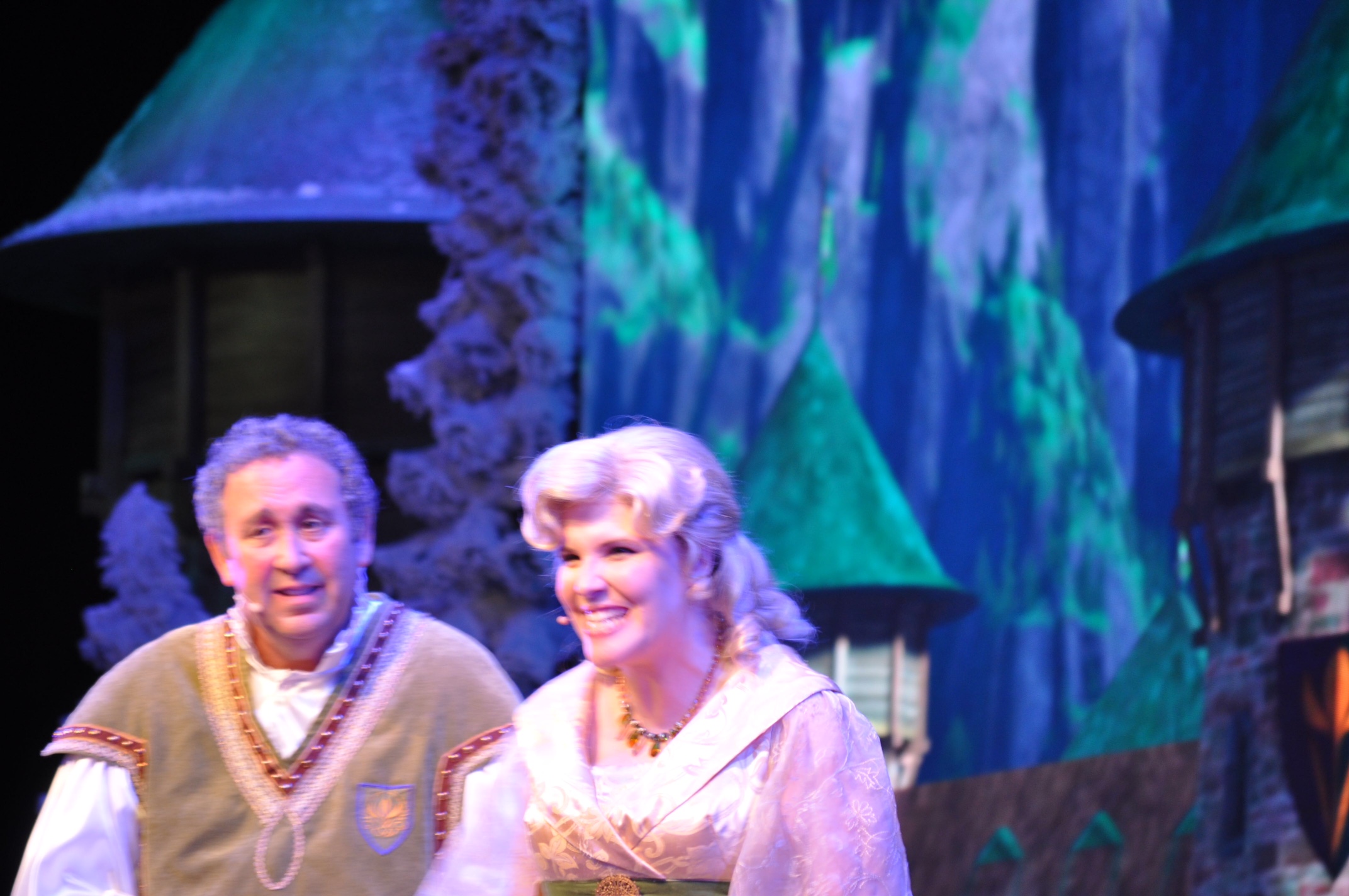 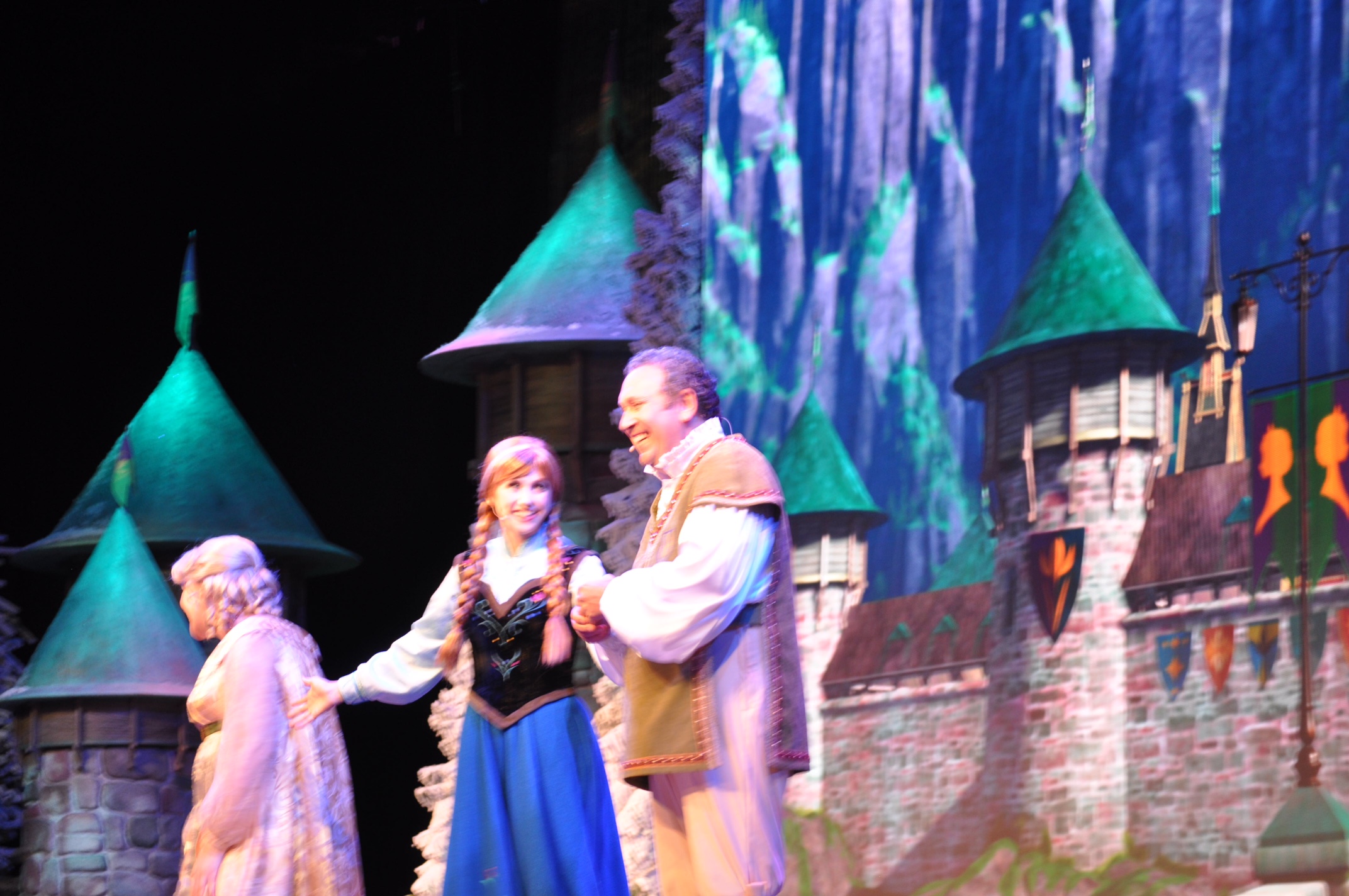 Here’s the other one, the queen…what’s her name?  Oh yeah- Elsa.  She showed up pretty much just in time to sing Let It Go, which was a great ending 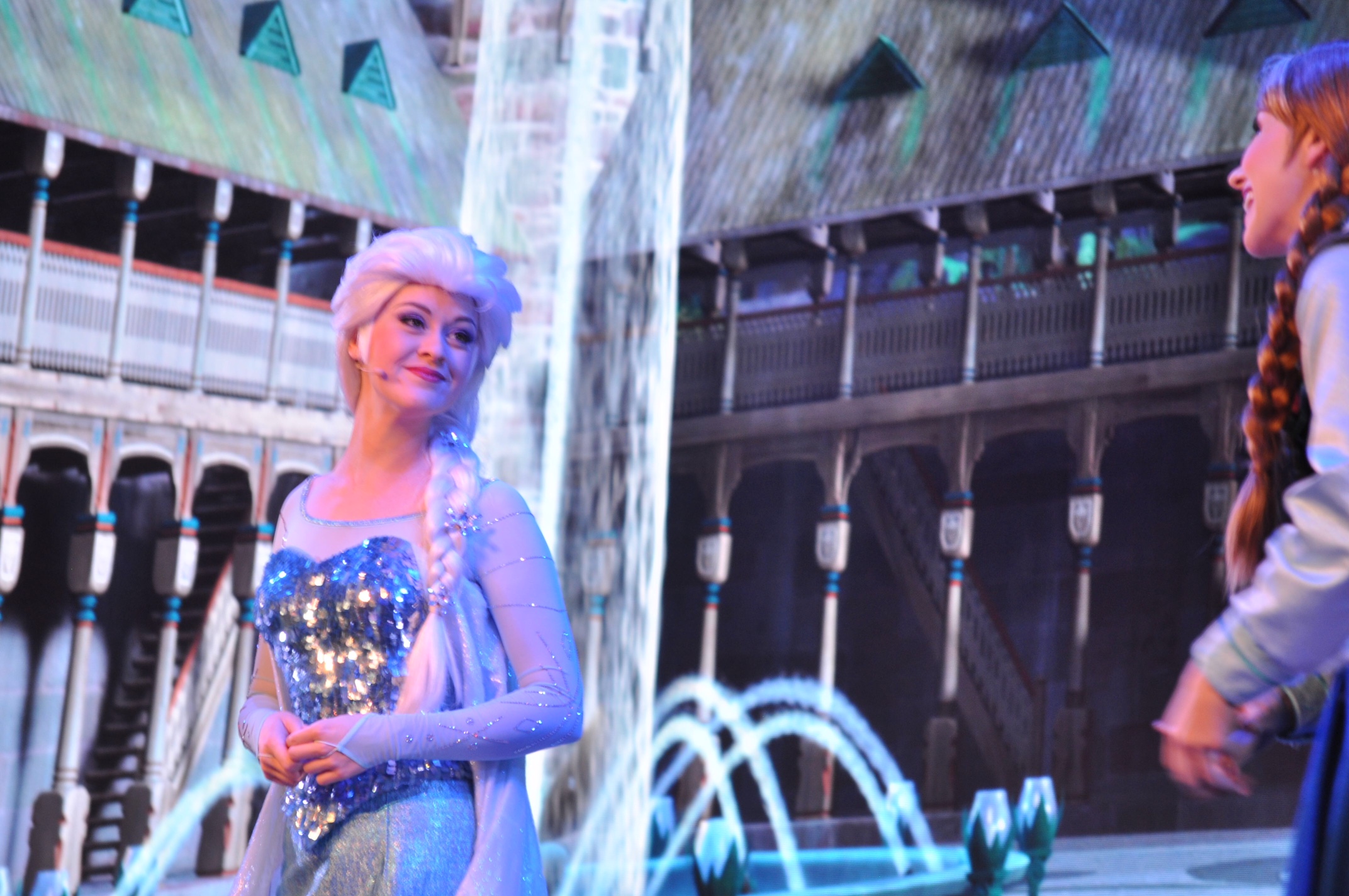 And with typical Disney theater craft, the ending was pretty spectacular, including snow and REALLY cold air mixed with fog and (so it seemed) frost.  Anyway it was a wintry ending for sure: 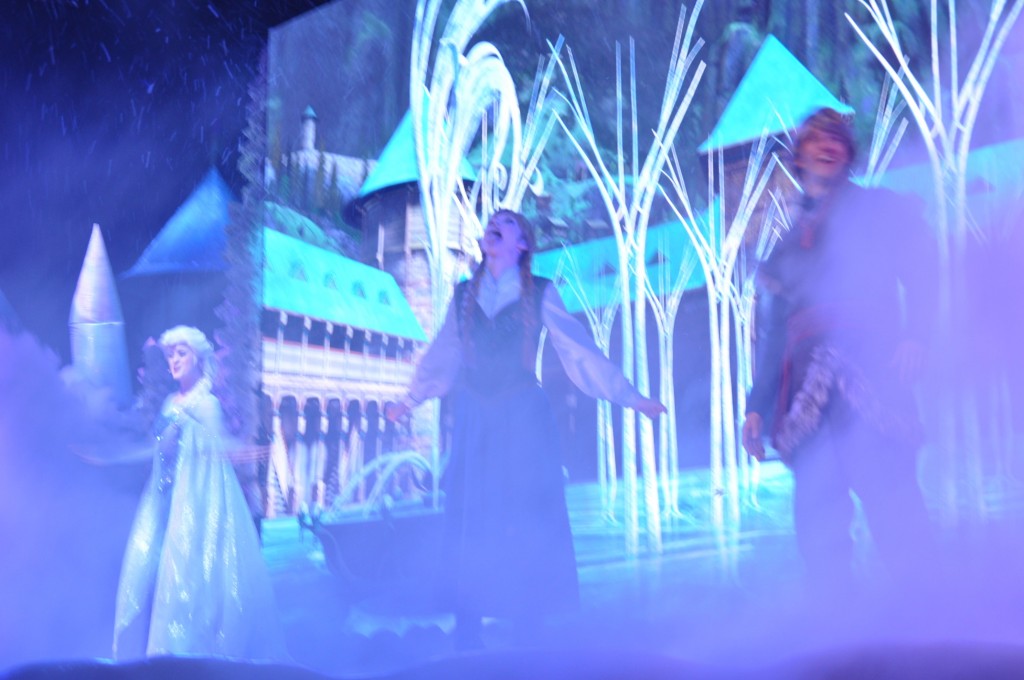