Disney’s Hollywood Studios is one of my favorite Disney parks.  It has a lot of movie nostalgia, combined with fun entertainment and some newer movie stuff that probably isn’t properly considered to be nostalgic.  Today we had several Fast Passes and we had a package dinner reservation at the Hollywood Brown Derby combined with priority seating at Fantasmic.  Fantastic is something everyone should see at least once, it’s a magical combination of Disney storytelling and theater craft that’s just pretty cool.  The thing is, getting a good seat involves lots of waiting in the hot sun, but with either a Fast Pass or a Dining package that includes Fantasmic tickets, you can get good priority seating.  We were in the second row.  I didn’t get any pictures at the show because I thought it would be a waste of time as so many of the effects involve back-lighting and water, so to avoid getting a bunch of sub-par pictures and a wet camera, I passed on that photo op – but it is very cool!

Anyway, the headline mentioned a wet park, and it was wet–poured buckets for over an hour. 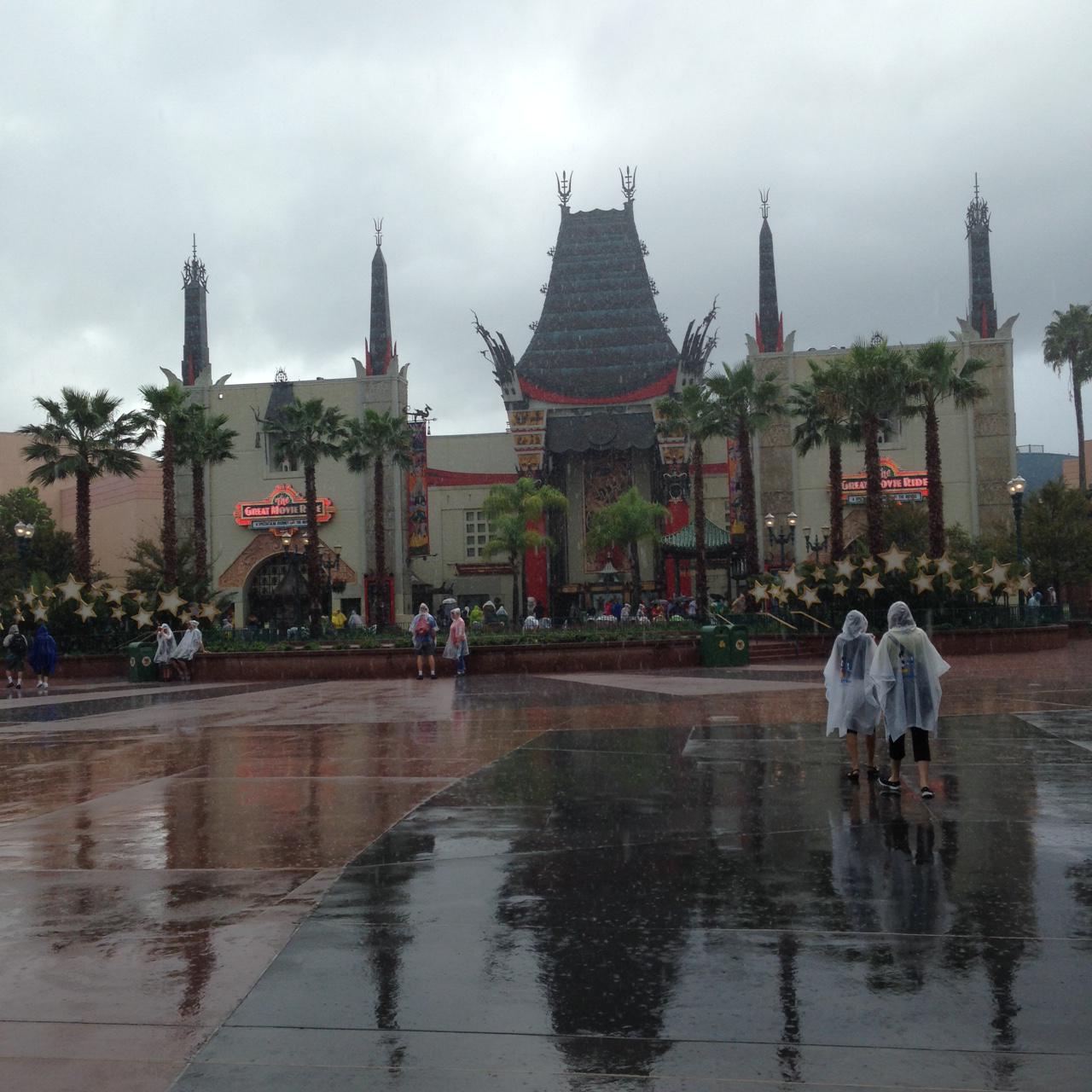 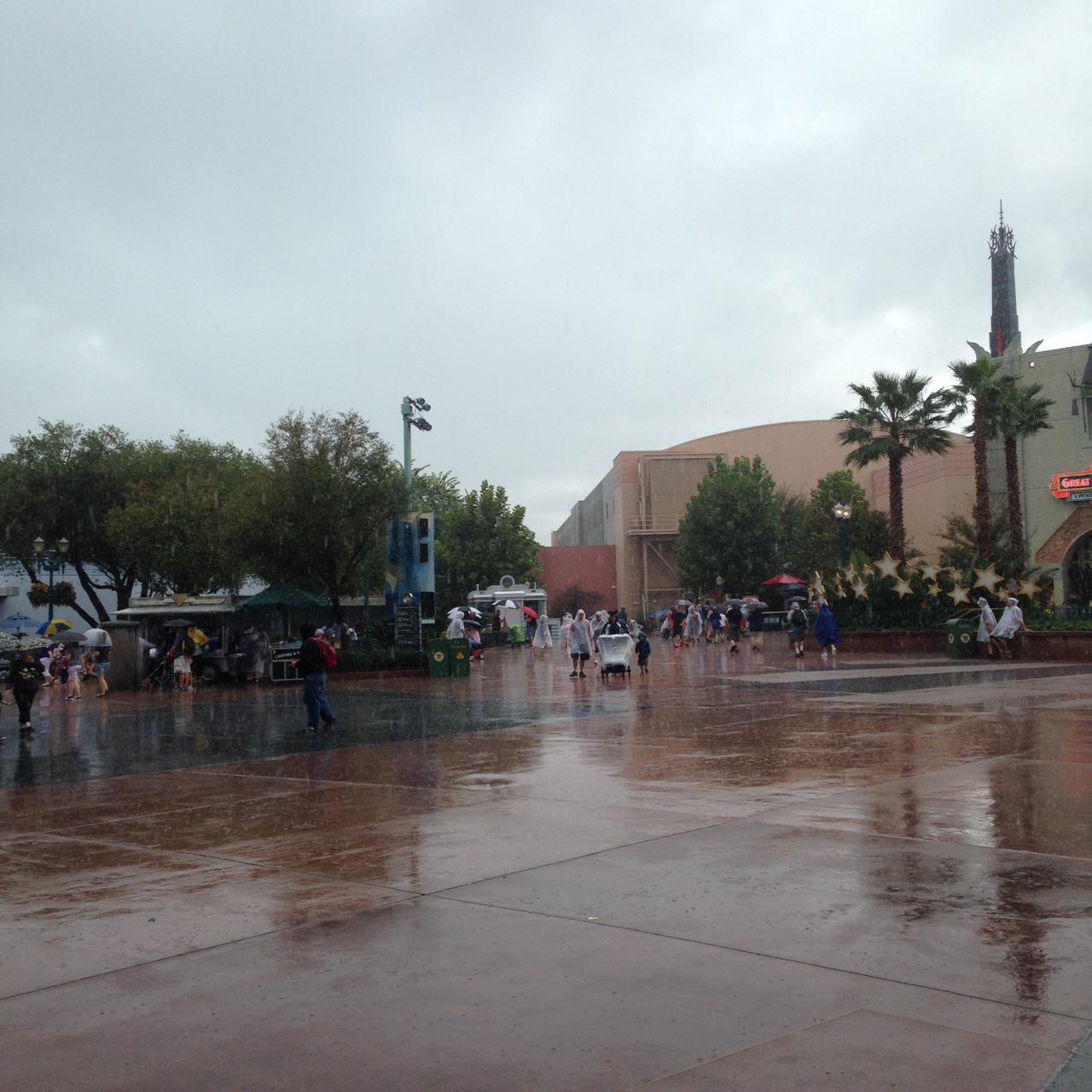 But we had fun anyway, as you can see.  Callie was in good sprits despite her soggy shoes.  Notice that she had a poncho too.  Bringing ponchos to WDW would save about $10 each, but it has to be pretty wet before I’ll wear one because it’s like a sweat lodge and I don’t love it.  But today, I bought one and wore it anyway.  Did I mention it was wet?  Weeeeeeet. 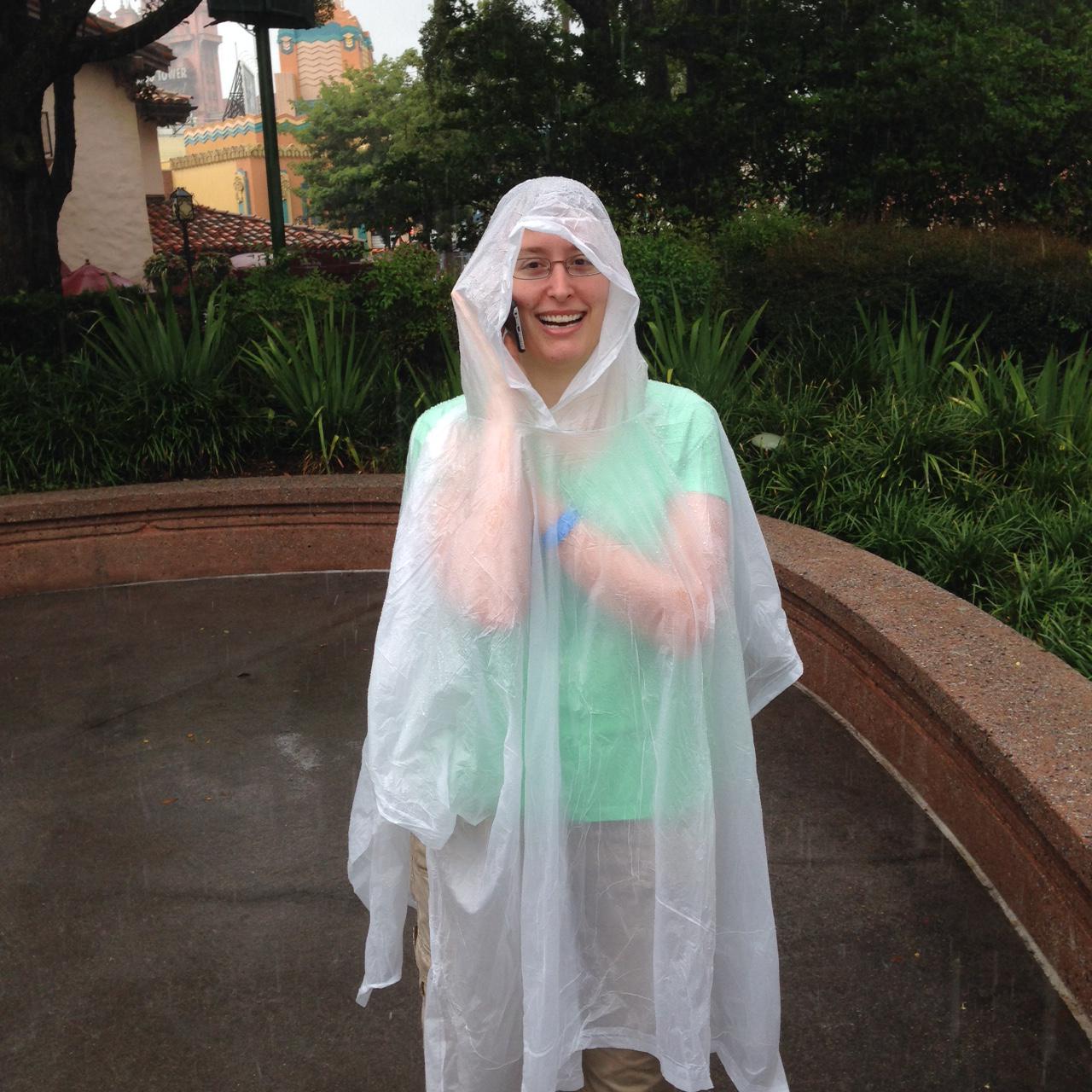