Yes, we’ve seen Phantom of the Opera many times, I think I’ve seen at least ten performances, three on Broadway, but it never gets boring. 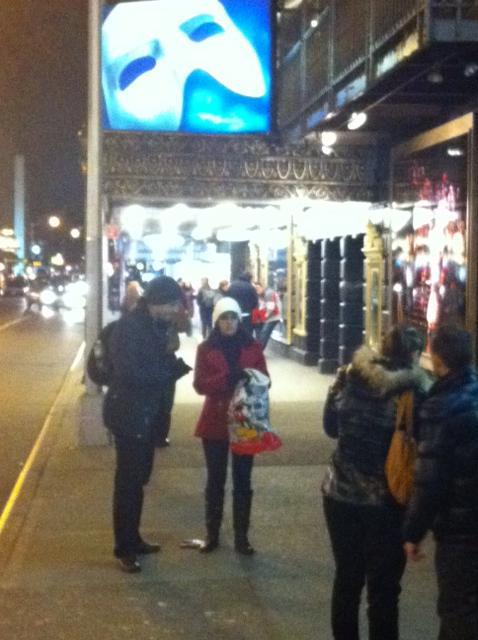 We got great seats in the second row center, here’s the unauthorized photo from our seats: 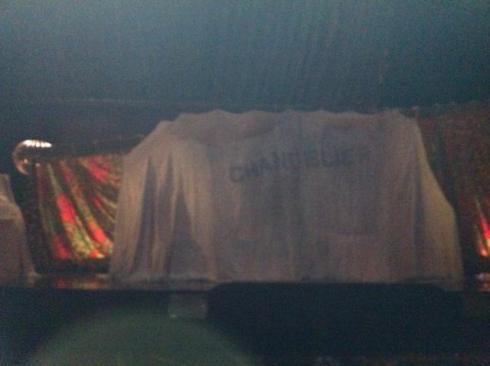 Or, at a different time during the show, 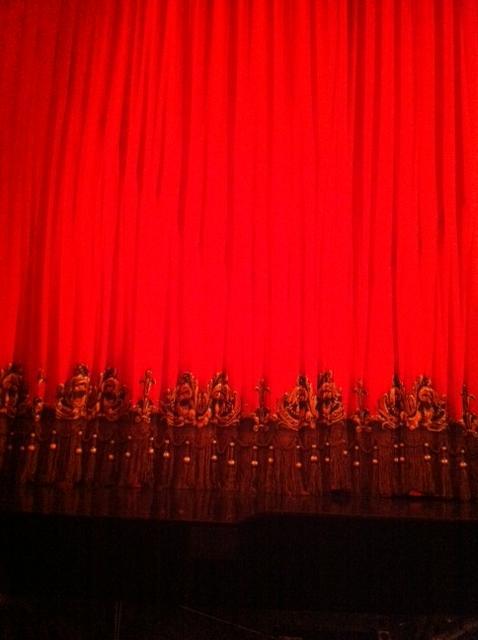 So after 25 years, Phantom can still fill a theatre in New York, and Hugh Panaro as The Phantom, Trista Moldovan as Christine Daaé, and Kyle Barisich as Raoul carried the show in its tradition of excellence. I further really enjoyed Cristin J Hubbard as Madame Giry!

Callie says it was awesome sitting right under the chandelier.