We hit the park fairly early, but not early enough to avoid a few thousand of our closest friends, seen below: 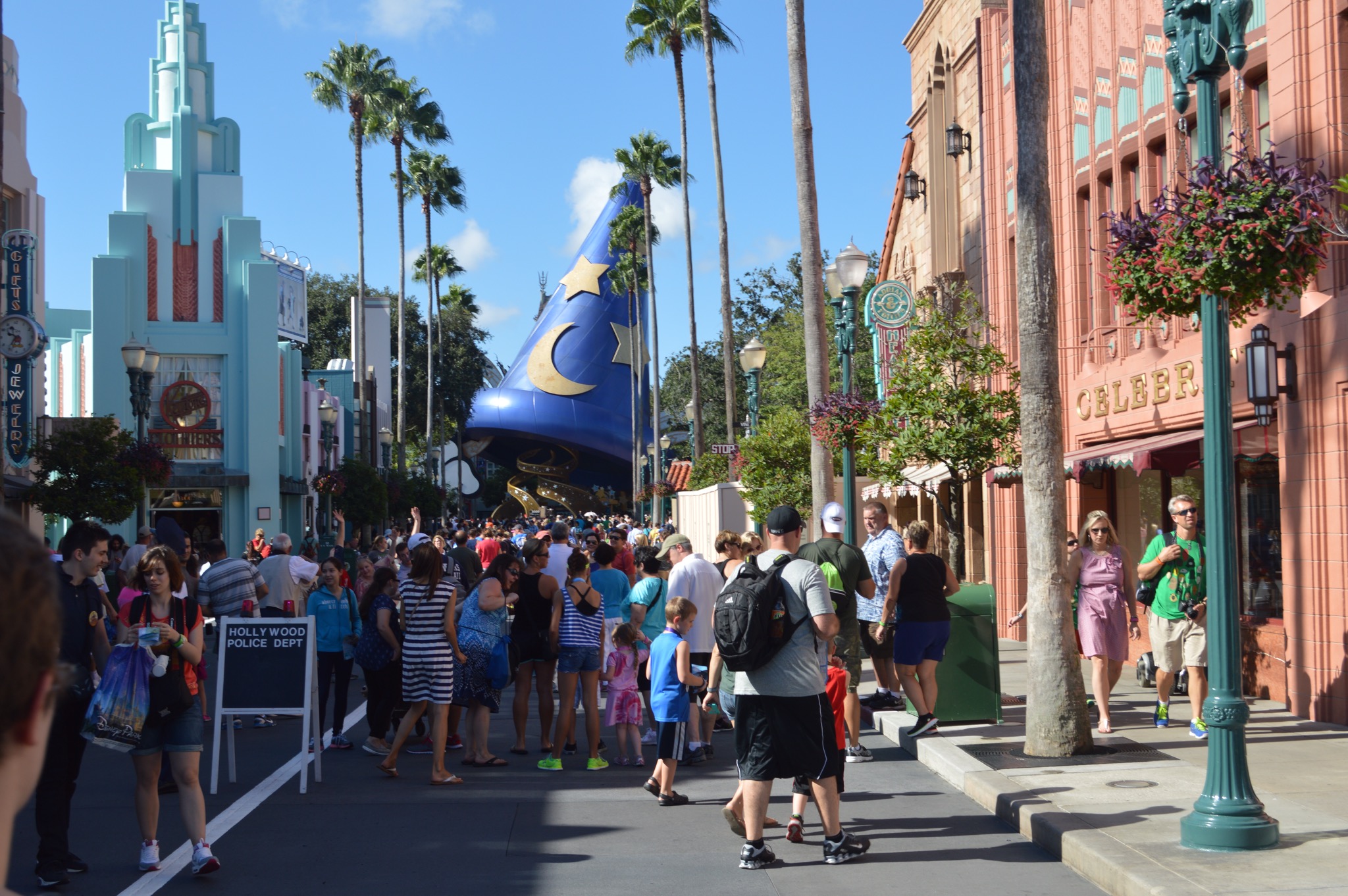 We rode a lot of rides, of course. In particular we went on Star Tours not once, not twice, but eight times! The ride is computer-randomized, so we only saw a little bit of overlapping plot, and what the neck, it was fun!

And it wasn’t always this busy, but I love this picture because the line was so long they had to have a guy hold a sign to show where the fast-pass line was! 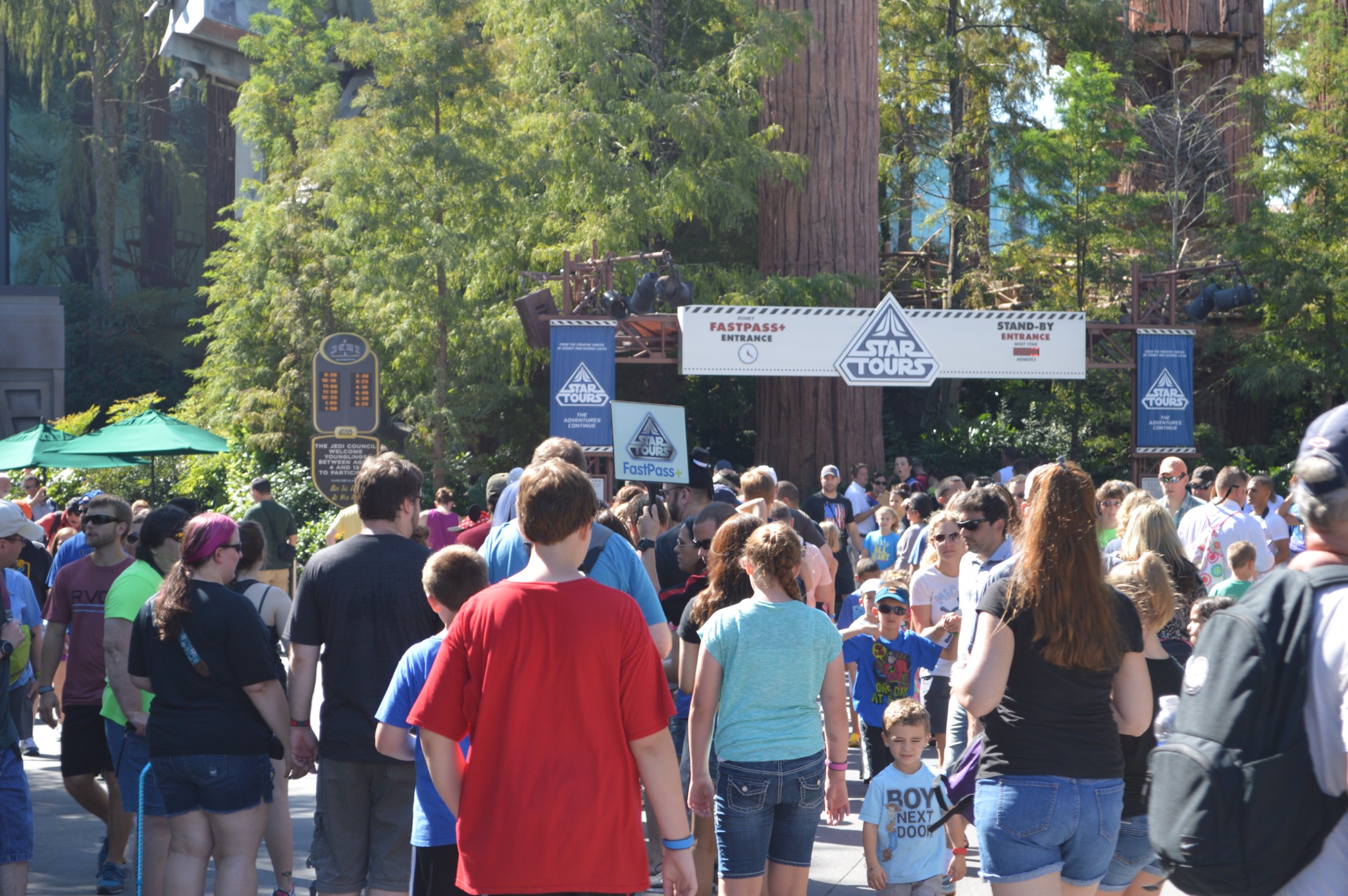 And we ran into this guy a LOT:

We also saw a couple of shows we enjoyed, one old favourite and one new show that really wowed both of us. First the old favourite–Callie and I have both seen professional Broadway-style productions of Beauty and the Beast but none that we have liked as well as the 30-minute version they have performed at the Disney Studios Park for years. Some really fun musical entertainment done as professionally as you could possibly imagine! 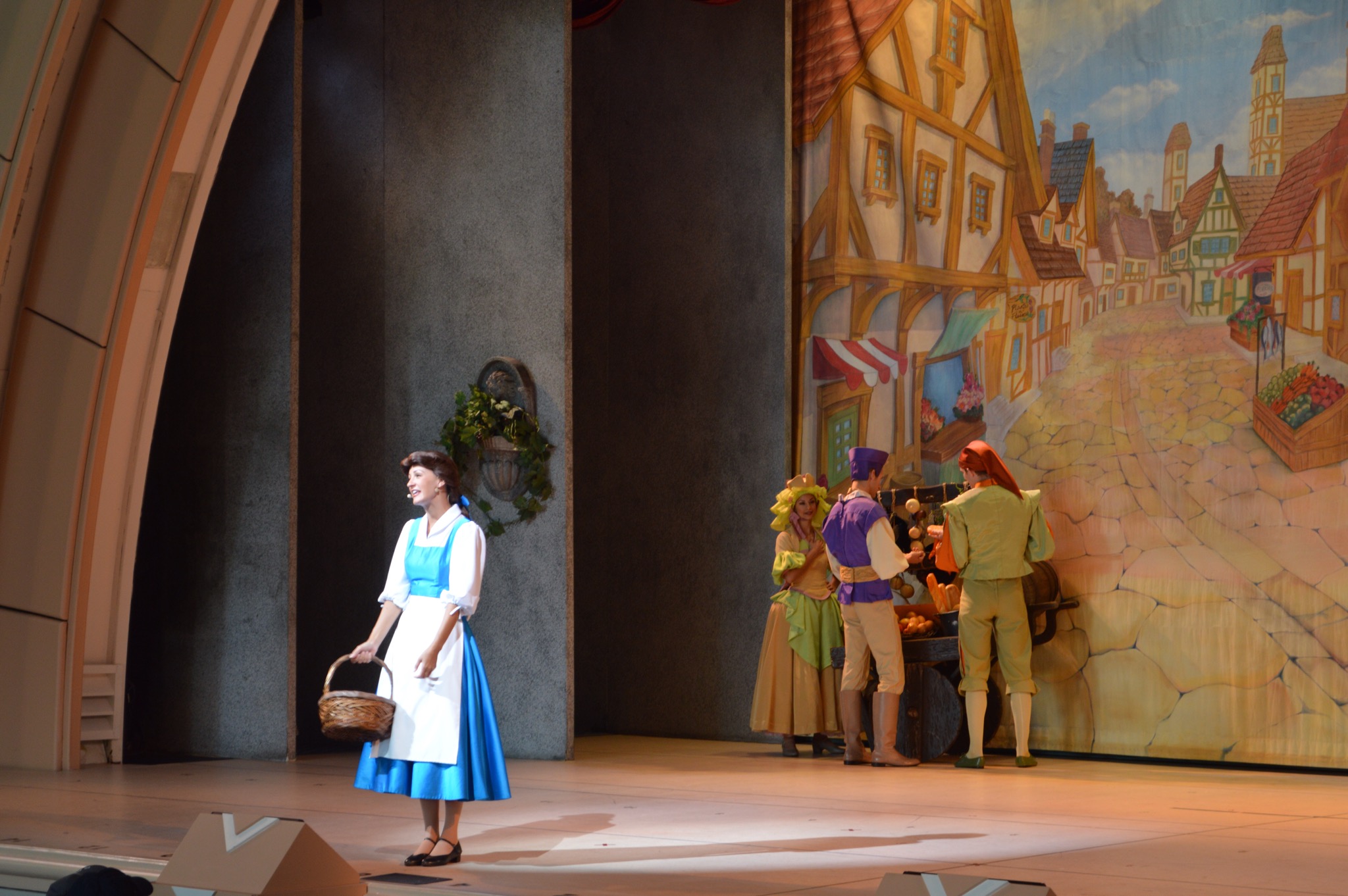 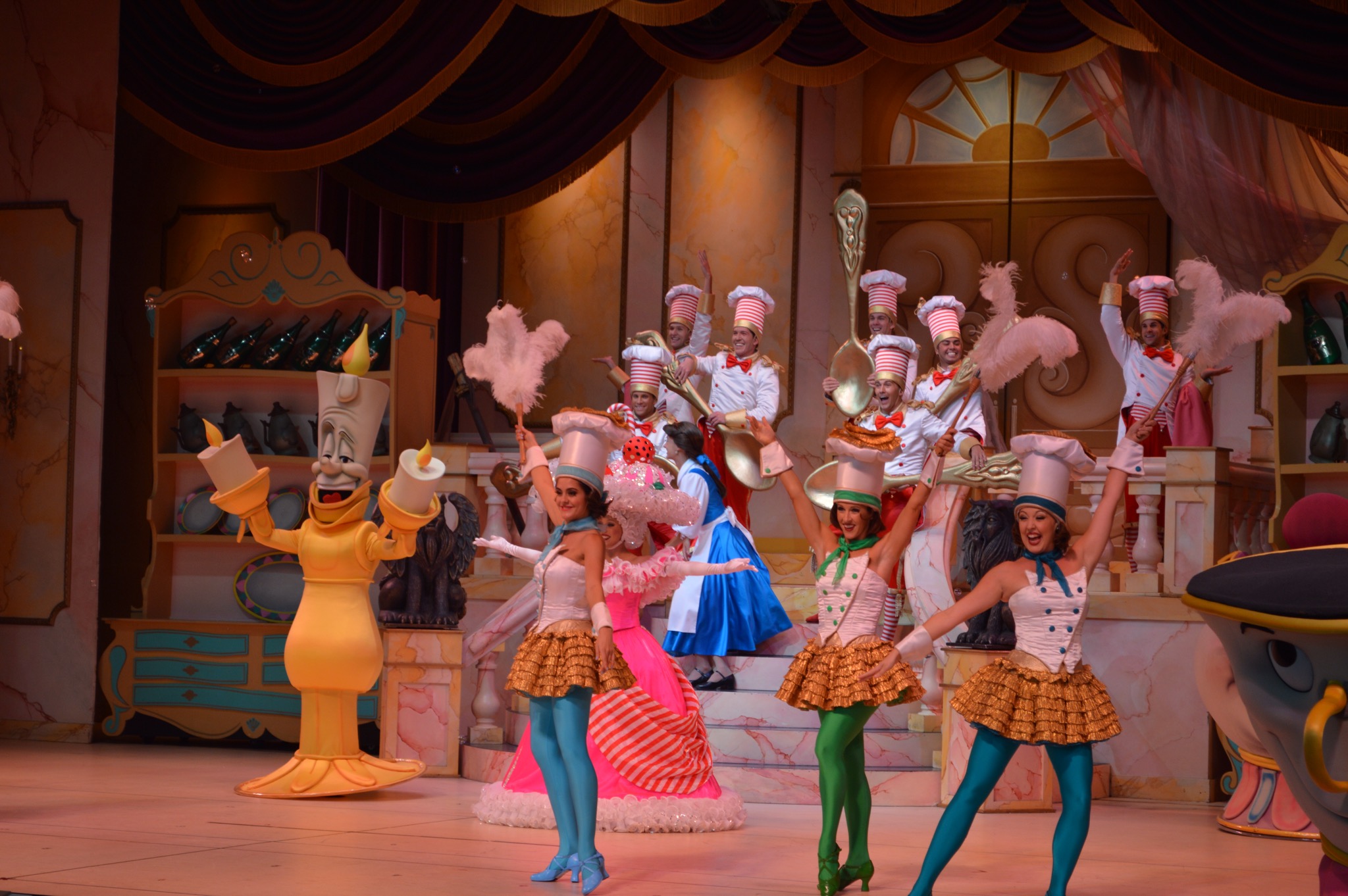 And the other show was called The Legend of Captain Jack Sparrow. I don’t want to be a spoiler, but this is a simple and close-up show performed for a small audience but it is pure MAGIC, and kids and adults will love it and that’s all I’m gonna say…

You may have heard of a little movie called Frozen. Some studio made that, who was it?. Let’s see… Well never mind. We tried to get into the Frozen sing-along but apparently the entire population of Manhattan (not Kansas) had the same idea at the same time!. BTW, they are doing a little Frozen merchandising at Disney….. 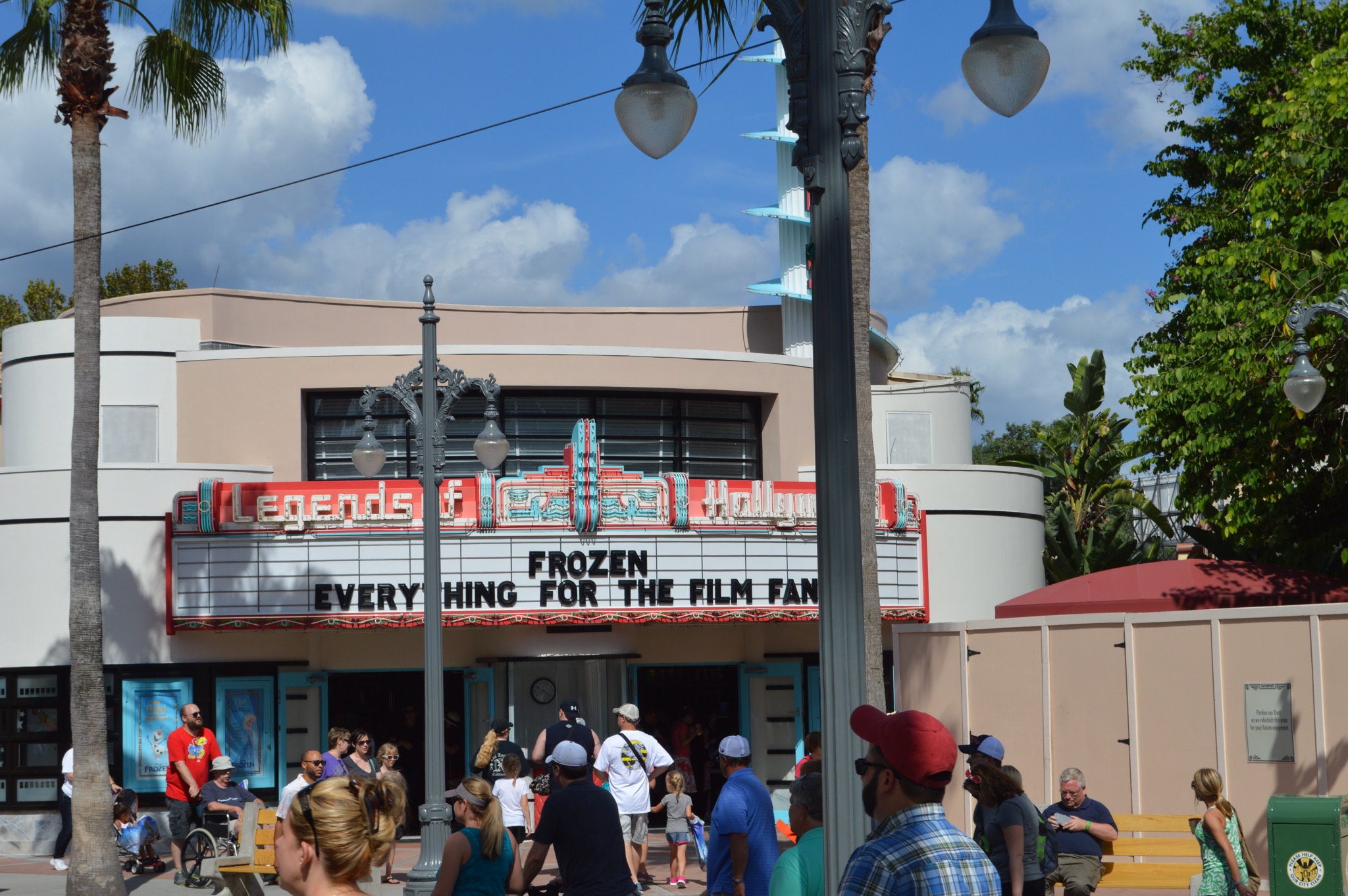 And they are even RATIONING Frozen merchandise!. Glad I got my Olaf early! 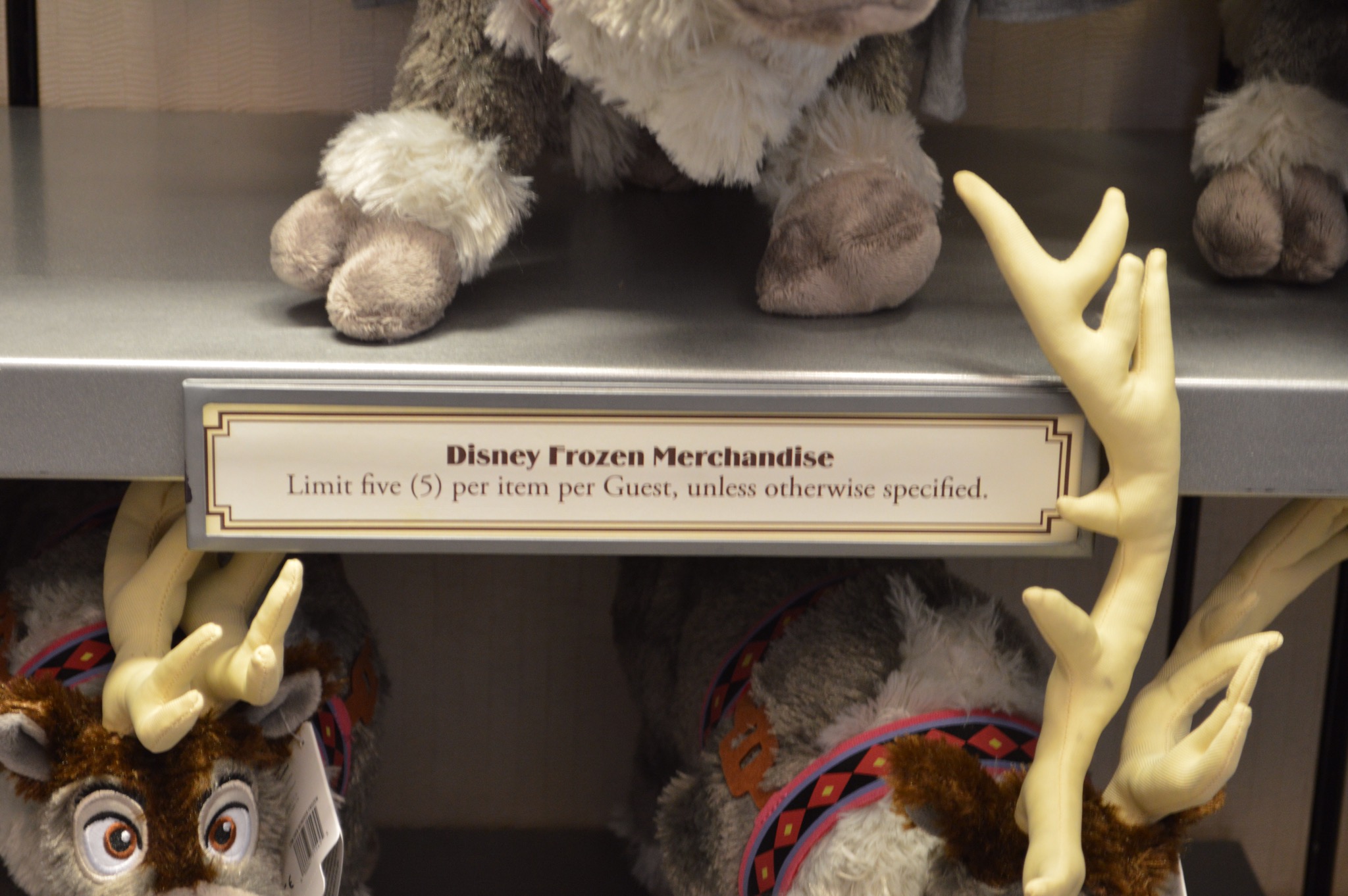