Here’s a quick video of the N-W in it’s fully restored splendor. Ed did a bang-up job as only he can. It’s now safely loaded on the truck, to hopefully get home in one piece.

I really appreciate Eds unmatched craftsmanship and his appreciation for restoring to like new without embellishing or losing the character of the original piece. He has a real instinct for doing that perfectly.

And this is the best thing I can come up with… 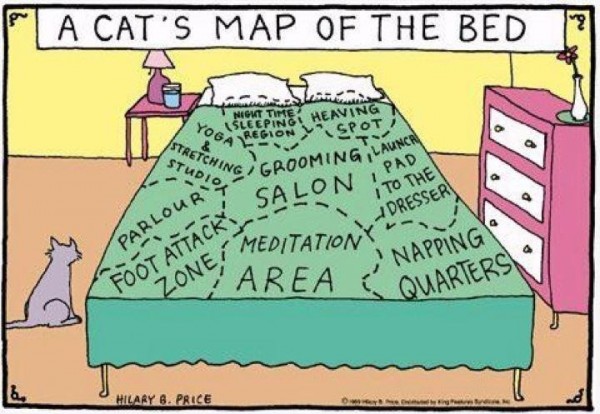 9 hours driving yesterday, another six today, but the coastal views are spectacular. I made a change to the blog, if you click on the picture of Callie and me, it will show you our GPS location within a few minutes. It didn’t work in NYC, but out here in the White Mountains it works great, so I’ll keep it fired up for the rest of the return trip. Live Free Or Die! 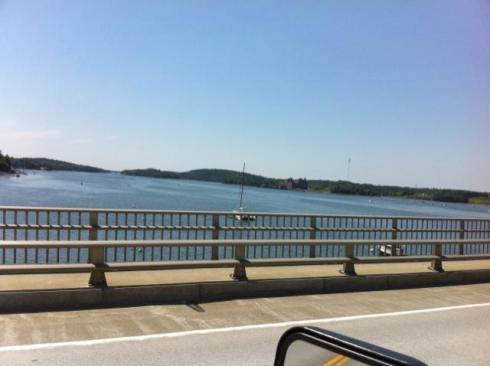 Rusty has some cool stuff, and he’s gracious about playing it. Here is a Wurlitzer piano that is practically one of a kind, and I tried to focus on the wonderful mechanical roll changer. More about this later….

Rusty has a cool old Link 2B. These are scarce, and it’s a treat to hear one. If you have an ear for history, you might remember that Link flight trainers helped win the war. Yep, same Link!

Some of my oldest friends who are now nursing bad backs will be glad they missed this, but Rusty and his good neighbors Joe and Harold made short work of loading this beast in the truck.

This is a public service post. If you find yourself in NYC or San Francisco and if you or someone you care about really likes theater, get tickets to <strong>Wicked: Behind the Emerald Curtain</strong>. They are much cheaper than a show ticket, but you get a fun and interactive look at what the literally hundreds of people who work on big shows do for every show. Although this is obviously about <strong>Wicked</strong>, it is equally applicable to other shows. You do NOT get to go backstage, but you do get a very upclose look at props, costumes, mockups, and some of the features of the theatre itself and how they make magic happen eight times a week. The 90 minute tour is led by veteran cast members who have great anecdotes and are very entertaining. Plus you get to photograph stuff that would get your fingers broke on show night, if you know what I mean. Here’s Idina Menzel’s Elphaba costume up close, and it’s just one of many. 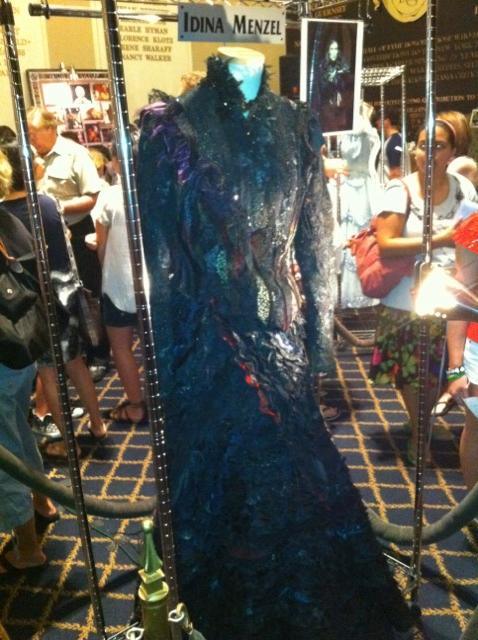 And here’s Callie shot against the Wicked set- she’s pretty happy with the tour. So was I, and so wouldost theatre fans. Very cool. 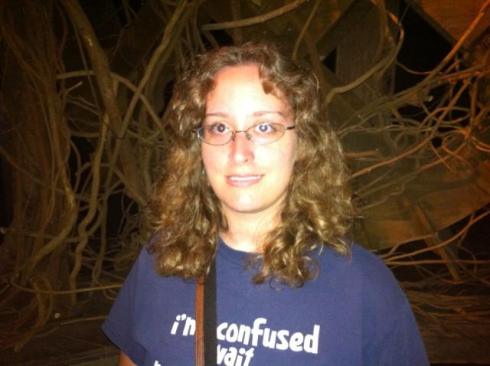 I ystarted this travelblog posing a question or maybe making a statement about being crazy. Now I want to elaborate a little before I resume the travel posts.

When I was as young as eight, I remember my dad had a good friend who shared his love of machining and manufacturing. Dad would take me over to Art’s house so they could collaborate on a project that often went late into the night. Art had an old Holland pumper player piano, and I would play that thing until my knees hurt, on a regular basis. That was my introduction to mechanical music–it was a pleasant diversion from boredom, and was really kind of fun.

Later in high school, I bought a player and spent most of my time trying to get it to work. I didn’t have much success with that one, but later found that I had bought a type that was difficult to restore properly, not a good first project.

Anyway, this became my hobby and something of a lifes interest. I enjoy the idea that I can preserve a piece of history, a part of our musical heritage. Since most of my interest is in coin pianos, these are the same instruments that our parents or grandparents listened to or danced to, even playing the songs of the day the same as they did in their short heyday.

Of course, few people have much more than a passing interest in these mechanical marvels today. Except for crazy people…

Here’s my friend Rusty King, who was kind enough to travel into the city from NJ to show us around NY with a real insiders knowledge. It’s always fun to see Rusty, too bad for me it’s pretty infrequent! 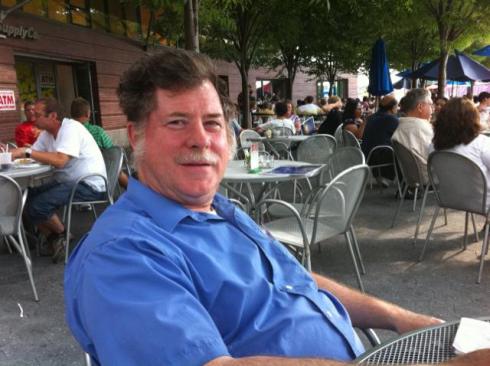 Actually <strong>Harbor Lights</strong> was a 1937 song more recently made popular by The Platters. In this case we didn’t see any, well except for channel markers at the East River. But we did take a cruise on the aptly named Circle Line down the Hudson, up the East River, and the Harlem River to make a complete loop around the island.

If you find yourself with time to do this, you’ll see a lot of New York, and learn a lot too! 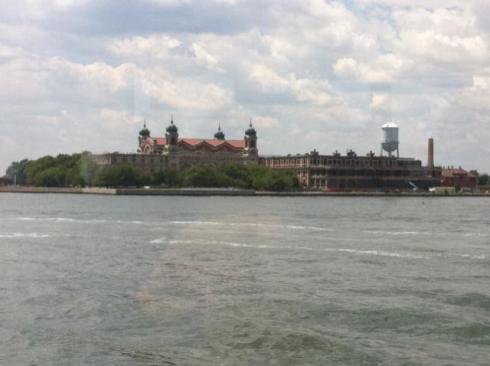 I took a couple of obligatory shots, like the one above, and the always breathtaking Statue of Liberty. You can’t get more New York than that!

Although I learned on the cruise that New Jersey and New York went to court, both claiming ownership of the Statue of Liberty. The ruling? Neither own it, it belongs to the United States of America. Sounds right to me. 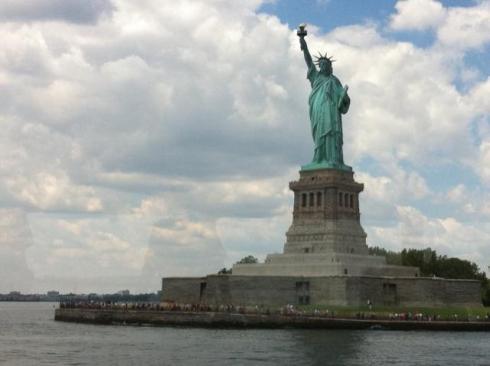